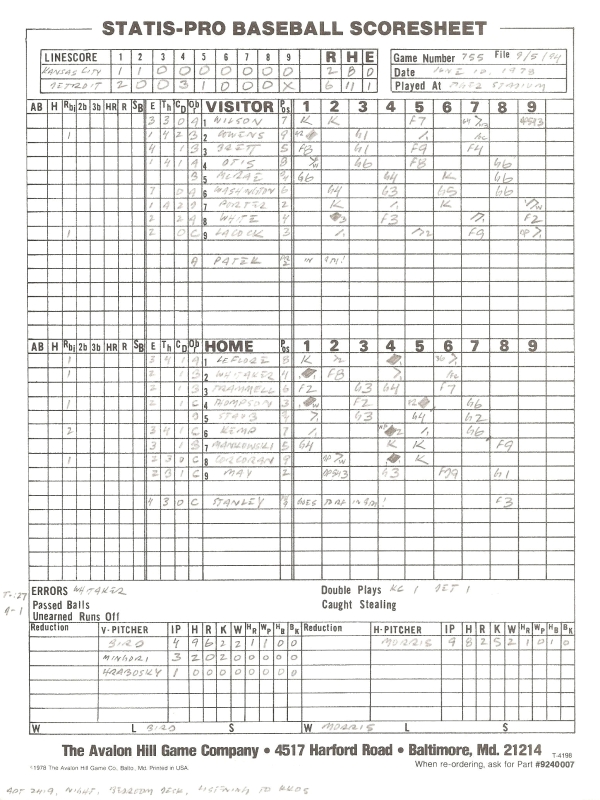 On August 12, 1994, major league baseball players went on strike, and when the remainder of the season was called off (including the playoffs and World Series), I stopped being a fan of baseball from that point on. Anything related to baseball prior to 1994, I still cared about, but beyond that, forget it. And somewhere during that time, I saw a newspaper photo of Tigers second baseman Lou Whitaker stepping out of a limo, on his way to a strike-related meeting of some sort, and it disgusted me that this player, who had stopped playing baseball because of money, had about four tons of gold chains hanging from his neck. And at that moment, I decided to suspend him from my season…a representative of the strike that had killed my interest in baseball.

So there’s nothing really special, or exciting, or perhaps even memorable about this scoresheet, except for the fact that it’s from the last game Whitaker played before his 105-game suspension: a 2-for-4 night, with an RBI and a run scored, and a fielding error on Amos Otis’ stolen base attempt in the first. After that, it’s been nothing but Mark Wagner and Steve Dillard platooning at second for Detroit.