With the Reds down by two runs in the ninth, a clutch 2-run home run from catcher Johnny Bench knotted the game at 3-3 and paved the way for a 5-run outburst in the tenth, sending Cincinnati to a thrilling 8-3 comeback win over the Expos at Montreal.

George Foster’s solo HR in the fourth—his 22nd clout of the year—had given the Reds a 1-0 lead, and going into the seventh, it appeared starter Fred Norman was coasting towards a shutout victory. But three Expos doubles in the inning, and a collision between second baseman Joe Morgan and center fielder Mike Lum, resulted in three quick runs, a sudden 3-1 Montreal advantage, and the loss of Morgan for at least the remainder of the game.

Montreal preserved the lead heading into the top of the ninth, with Expo starter Rudy May working on a six-hitter and heading for his fifth win. But Junior Kennedy—subbing for the injured Morgan—opened the frame with a base hit, and Bench followed with a line-drive homer to left, his 15th HR of the year, tying the score and quieting the partisan Montreal crowd.

Reds reliever Manny Sarmiento, who had come on to replace Norman in the eighth, allowed a two-0ut walk to Gary Carter in the last of the ninth before retiring Chris Speier on a groundout, setting the stage for the rejuvenated Reds, who pounced on new Expos pitcher Wayne Twitchell (0-4) for four consecutive hits to lead off the tenth, including a single by Ken Griffey that was misplayed by right fielder Ellis Valentine for a three-run error. A run-scoring hit from Bench and an RBI double from Dan Driessen rounded out the Reds’ game-winning barrage.

Reliever Mario Soto set down the deflated Expos in order in the bottom of the inning, preserving the win for Sarmiento (3-1) and moving the Reds a half game ahead of Houston into fourth place in the NL West. Griffey led all Reds batters with three hits, while the Expos as a whole could muster only five off Cincinnati, the last coming off Norman during their 3-run seventh. 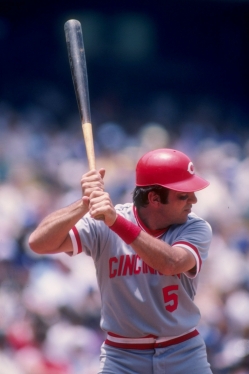 • The game was played in the early morning at site AZ8 in Peoria, Arizona, on the living room table while I listened to But Seriously, Folks… by Joe Walsh.

• This was the 118th game played at site AZ8, good for 4th place on the all-time games hosted list.

• The game was also noteworthy for setting a new SP78 record for the earliest start time of a game this season, with the first Fast Action Card being turned at 3:23 am; I still had to work that day, so I got up early enough to play the game and add the final score to the new blog site before I left on my 10-mile bike ride to John C. Lincoln Medical Center at 6:00.

• The loss was the fourth in a row for the Expos.

• Reds second baseman Joe Morgan left the game after his injury in the seventh inning, and was placed on the 15-day disabled list the following day. 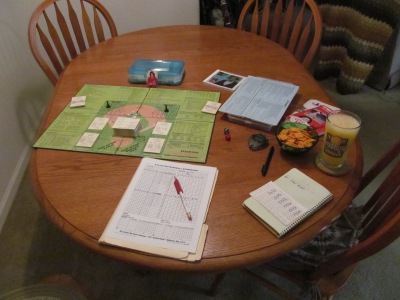